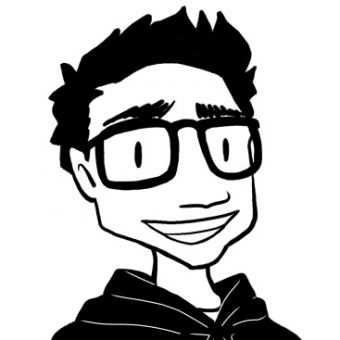 ﻿﻿﻿ ﻿
Chris is a young professional focused on his passion for illustration and animation. In his short yet burgeoning career, he has been fortunate enough to work for the National Film Board, Sony/Aardman, and Disney Television.

A pop culture junkie as well as comic book and animation enthusiast supreme, Chris is an avid appreciator of the highbrow as well as a connoisseur of the low; from The Venture Bros to Norman McLaren, from Tony Millionaire to Goya. Even though he is proficient and experienced working within a digital art pipeline, he has an affinity for “low-fi” techniques such as traditional 2D animation, under the camera animation, pixilation, rotoscoping, and stop motion.

Rock climbing, comedy and trivia podcasts and board games. When not animating and drawing Chris enjoys hunting for Snark and deep sea diving for ambition and drive.
﻿﻿﻿